This year, from May 30th to June 10th, designers are presenting beautiful pieces that fall into the category of “Resort Collections”. These collections have also been called “Pre-Collections” or “Cruise Collections”, and the shows are held in New York every year.

The addition of these collections started when designers started making pieces for their clients who would jet-set or cruise in the warmer months. The presentation of these collections benefits designers by helping them see what grabs the attention of buyers. When designers create pieces for the upcoming season, you may see aspects of their previous Resort Collection in the new designs.

We are going to compare Rachel Zoe’s Resort 2015 Collection (top) with her Spring 2015 Ready-to-Wear Collection (bottom). 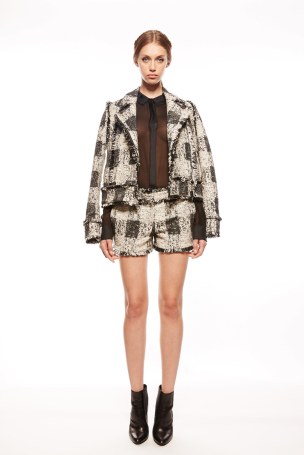 These styles are very similar, and all four outfits include tricolor tweed with fringe detailing. With just a few changes and additions in the tailoring, she created different looks that are both chic and wearable!

This tunic dress is by designer Josie Natori. The colorful brush stroke pattern is definitely one of my favorite aspects. With the fabric being semi-sheer, it’s breathable, and can take you from day to night with ease! The accessories paired add an edgy contrast. This year, Josie Natori is celebrating her 40th year in business, and with that many years in the industry, she definitely knows a thing or two about style!

I am in love with this floral dress designed by Rachel Zoe! The fabric loops together in the front to create a soft empire waist, and this creates a flattering shape that is ultra feminine. This is a design trend that Rachel Zoe is known for. The mint in the floral detailing and the chiffon fabric soften up the darkness in the dress to create the perfect look.

Bonus: This dress is perfect for all shapes and sizes. The bust area is spacious enough for a larger chest, and is not super low cut. If you have a smaller chest, the rope detail will play up that area! If are trying to conceal your midsection, the waist starts a bit high (flowly material is your friend). If you are a bit more narrow, the empire waist creates shape for that extra curve you are looking for! 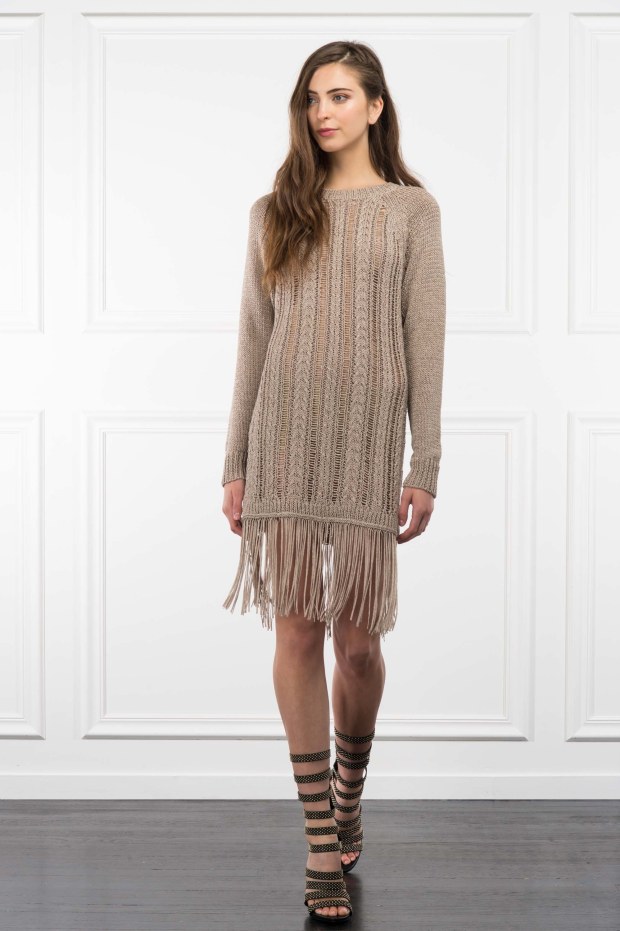 This tan, cable knit sweater dress is also by Rachel Zoe! You can definitely put this piece in the Boho catergory. It is slightly see through, and with the fringe detailing at the bottom, this makes for a sexy, yet comfy piece that would make a great addition to anyone’s closet. Pieces like this are the golden ticket for those of you who at least once a week scream…

You can just grab this one and go.

Bonus: The nude coloring, vertical cable knit design and fringe paired together will elongate the body for a very slimming, yet lengthening effect. Who would pass up a dress that makes your legs look amazing? Fringe with benefits! 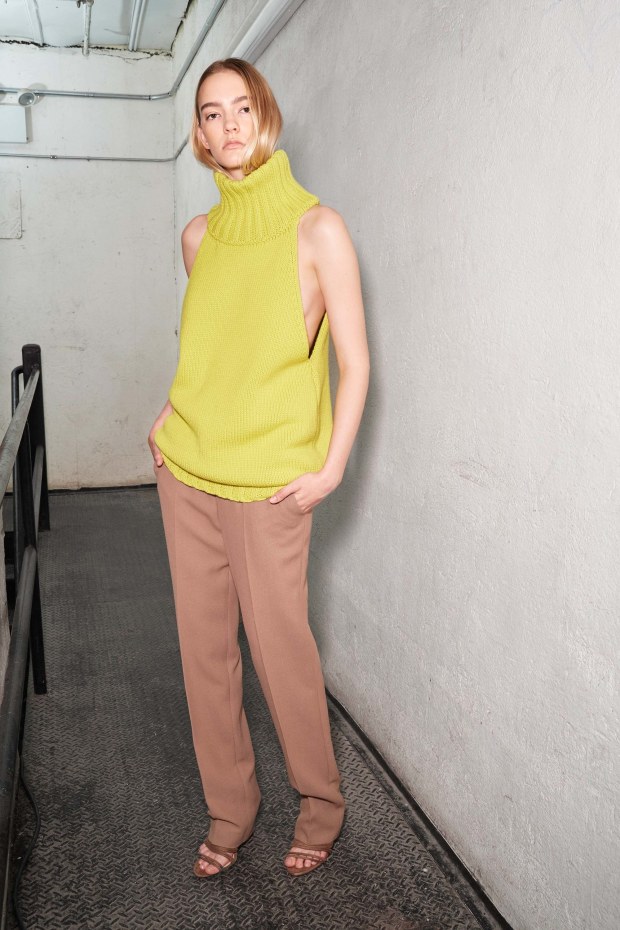 While the designer, Sally LaPointe, may not be so colorful (She normally wears all black)…This sleeveless, knit turtleneck definitely makes a bright and bold statement. This citron green was the pop of color in her Resort 2017 collection. In addition to this burst of color, the high neckline really caught my attention. Also, let’s not forget to mention the deep side cut outs that give a little sultry exposure.

Bonus: A piece like this can easily be pushed into the many different categories. Switch it up! Dress it up with heels and a statement clutch or down with distressed skinny jeans and oversized glasses. Are you up for the challenge? If styled correctly, this piece could definitely get you featured in the Street Style section of Vogue.com.

This technical day trench by Protagonist is a versatile must have! The sunburst orange color can take you from season to season. The interesting thing about this coat is that is has no buttons, and that can benefit many body types. Women with a larger bust do not have to worry about buttons struggling to stay together, and women with a slimmer frame gain curve due to the belted waist (Sneak Peak). For those who are trying to shy away from their curves, this coat draws attention toward the face with the oversized notch lapels and tailored cuts.

Jonathan Simkhai has really outdone himself with his jumpsuit, and while this is one of many lace pieces in his collection, it is most definitely my favorite. The detailing in the top portion was inspired by the glass ceilings of the Grand Palais in Paris, France and the Galleria Vittorio Emanuele II in Milano, Italy. This jumpsuit definitely falls into the evening wear category, and would make an amazing wedding reception outfit.The flared pant hugs the hips to add shape, and with a train this long, it elongates the leg. You will not need a lot of jewelry (if any at all) with this outfit due to the intricate designs.

Bonus: Simkhai was one of the three recipients of the 2015 CFDA/Vogue Fashion Fund. He was awarded $300,000 to invest in his label! This award comes with an additional yearlong mentorship with an industry veteran to help the recipients with their businesses. Talk about #Winning!

Something else you would like to see? Not sure how to style something? Let me know!

Use #diasehs or tag me!

Following me on social media? If you’re not…YOU SHOULD BE!

DISCLAIMER: IMAGES DISPLAYED ON THIS POST OF FASHION RELATED ITEMS ARE THE PROPERTY OF THEIR RESPECTIVE PHOTOGRAPHERS, BRANDS AND DISTRIBUTORS. 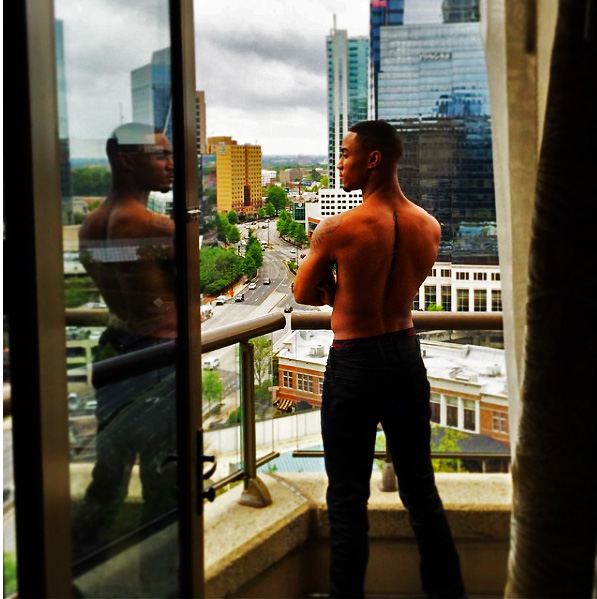 After a little Q & A session last week, I figured today would be the perfect day to talk about Mr. Jessie T. Usher. Can you say Man Crush Monday? This young actor is really making a name for himself. As the star of the hit series Survivor’s Remorse, portraying Cam Calloway, Jessie has gained quite a fan base.

The series starts out telling the story of the Cam & the rest of the Calloway family after he signs a multimillion-dollar contract with an Atlanta basketball team. Now in 2016, the show is on its third season.

If you haven’t seen the show, you are MISSING OUT!

Fun Fact: Jessie might kill it on-screen as basketball star Cam Calloway, but when I asked what some of his favorites were, he stated…

“As far as sports go, my favorite to watch is football.”

Steven Hiller was portrayed by Will Smith in the 1996 Oscar-winning film Independence Day. You know the story right? Hostile aliens try to take over, and the military tries to stop them? Well, Jessie has been busy shooting in the deserts of Albuquerque, New Mexico. He will be starring as Dylan Hiller, son of Steven Hiller, in Independence Day: Resurgence! 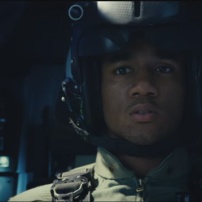 The official release date for Independence Day: Resurgence is June 24, 2016.  Have you watched the trailer? If not, check it out right here!

Last year, Jessie stated that as far as upcoming projects, he would use  his “fourth quarter move”. He was looking for something toward the end of the year, but it had to “fit”.

Towards the end of this year, you will be seeing him in another movie entitled Almost Christmas. This Universal Pictures film is definitely promising.

After the passing of their mother, a less than sane family gathers for Christmas. All that is asked of them is to get a long….for 5 long days. They can do it…right? Not without some difficulty….ok…I lied. A lot of difficulty!

Fun Facts: When I asked Jessie who inspired him the most, he said his parents. Jessie has been accomplishing great things since he was a kid: Being little Simba in the Lion King on Broadway in New York & performing in Shakespeare in D.C.

Everyone has a hobby, and every time I turn around…Jessie has a camera in his hand! I wanted to know what got him into photography….So of course I asked. His answer…

Jessie: “My desire to start directing. I figured it’d be a good idea to start looking at things thru a lens.”

“Photography is an art of observation. It’s about finding something interesting in an ordinary place. I’ve found it has little to do with the things you see and everything to do with the way you see them.”

Fun Facts: Not only does he enjoy photography, but Jessie studied Culinary Arts when he moved out to California from Maryland, and he loves Indian food.

Jessie, congratulations on all your accomplishments! You are doing so many great things, and I can’t wait to see what the future holds for you. Also, thank you for taking the time to participate in my Q & A. You’re a sweetheart.

Following me on social media? If you’re not…YOU SHOULD BE! 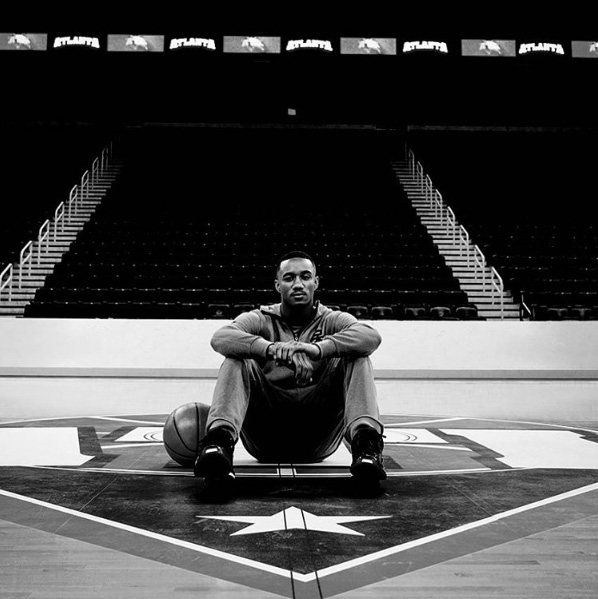 Disclaimer: Images displayed on this post are the property of their respective photographers, brands, production companies and distributors. Diasehs.com claims no credit for any images posted on this site unless otherwise noted.